You can see all the updates right here in this thread. We're trying to do our best, but it's not an easy thing to develop a game when your team is just a couple of devoted fans. However, we're not going to surrender.
Capt. Bagdasarov Arsen
U.S.S.SOVEREIGN- NCC-73811
u.s.s.sovereign@inbox.ru
Top

Hello to all fans of the Star Trek universe. Today Star Trek Defence Line project celebrates six years since the beginning of active development of the game. We have been silent for a long time, but today is very special day for us. For the last six years we have been working on the game, for these six years you have been supporting us giving strength in our struggle. Thank you very much for being with us. 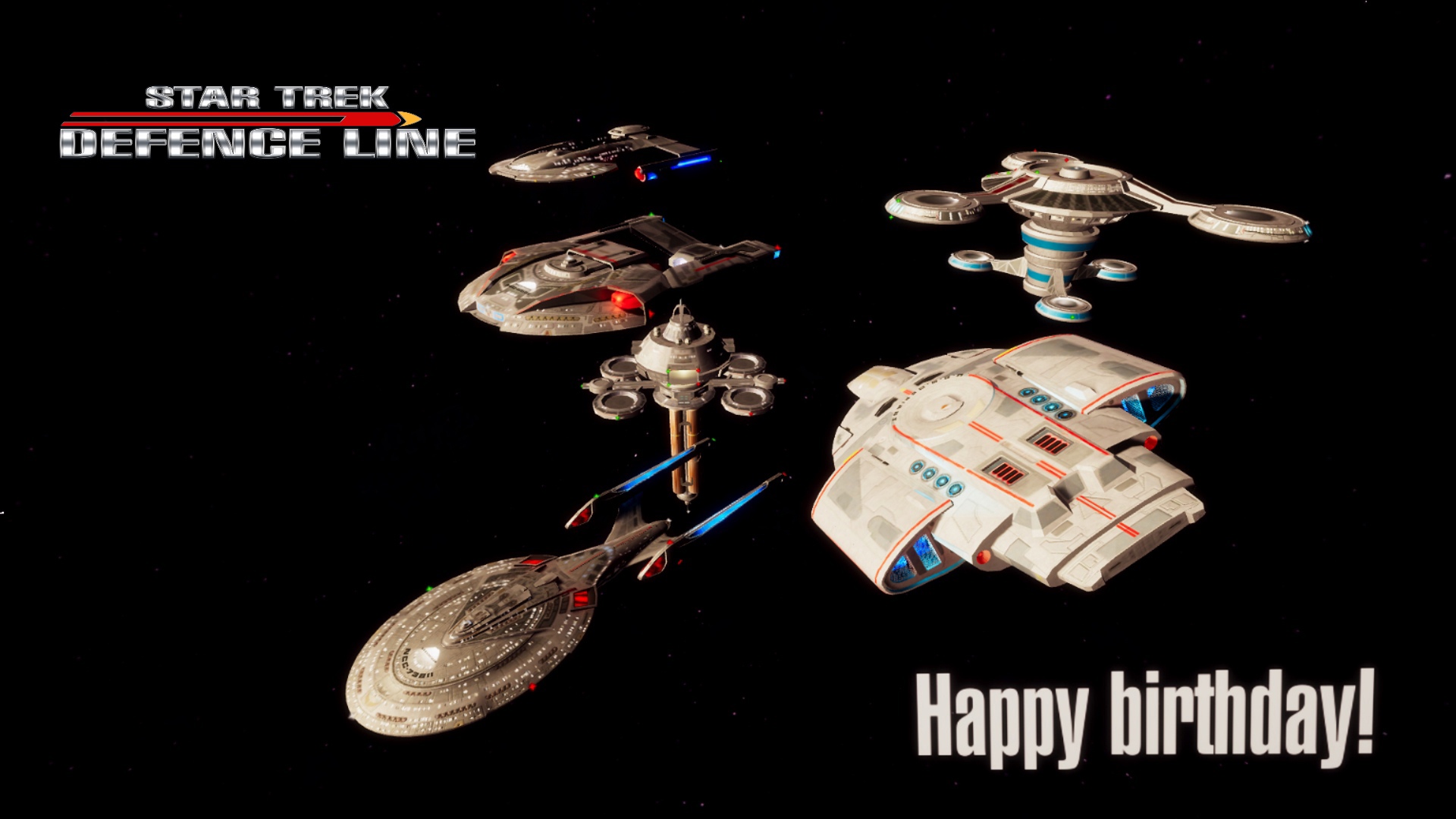 This birthday will be special primarily because along with this post we are releasing a demo 0.10 of the second phase the project development. The last playable demo available for anyone was released in 2017. Since then a lot has changed and it is very important for us to know your opinion on the current state of the game. If you find any bugs write to us about them. Unfortunately, not all systems have been restored since 2020 data loss, and some functions are turned off. For example the resource collecting is not working by now (the player is given 1,000,000 points of Dilithium and Titanium instead). 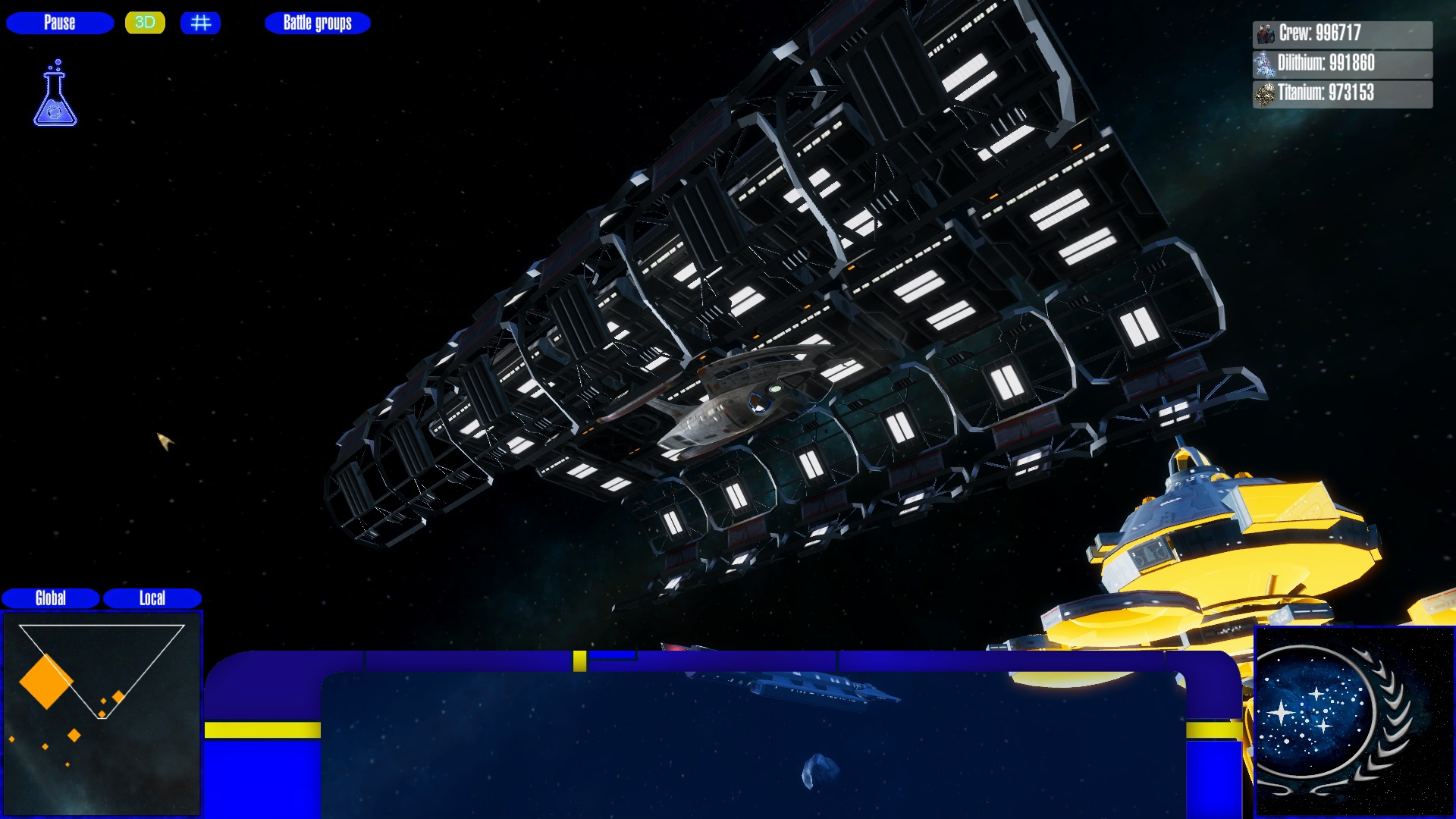 What you can do: 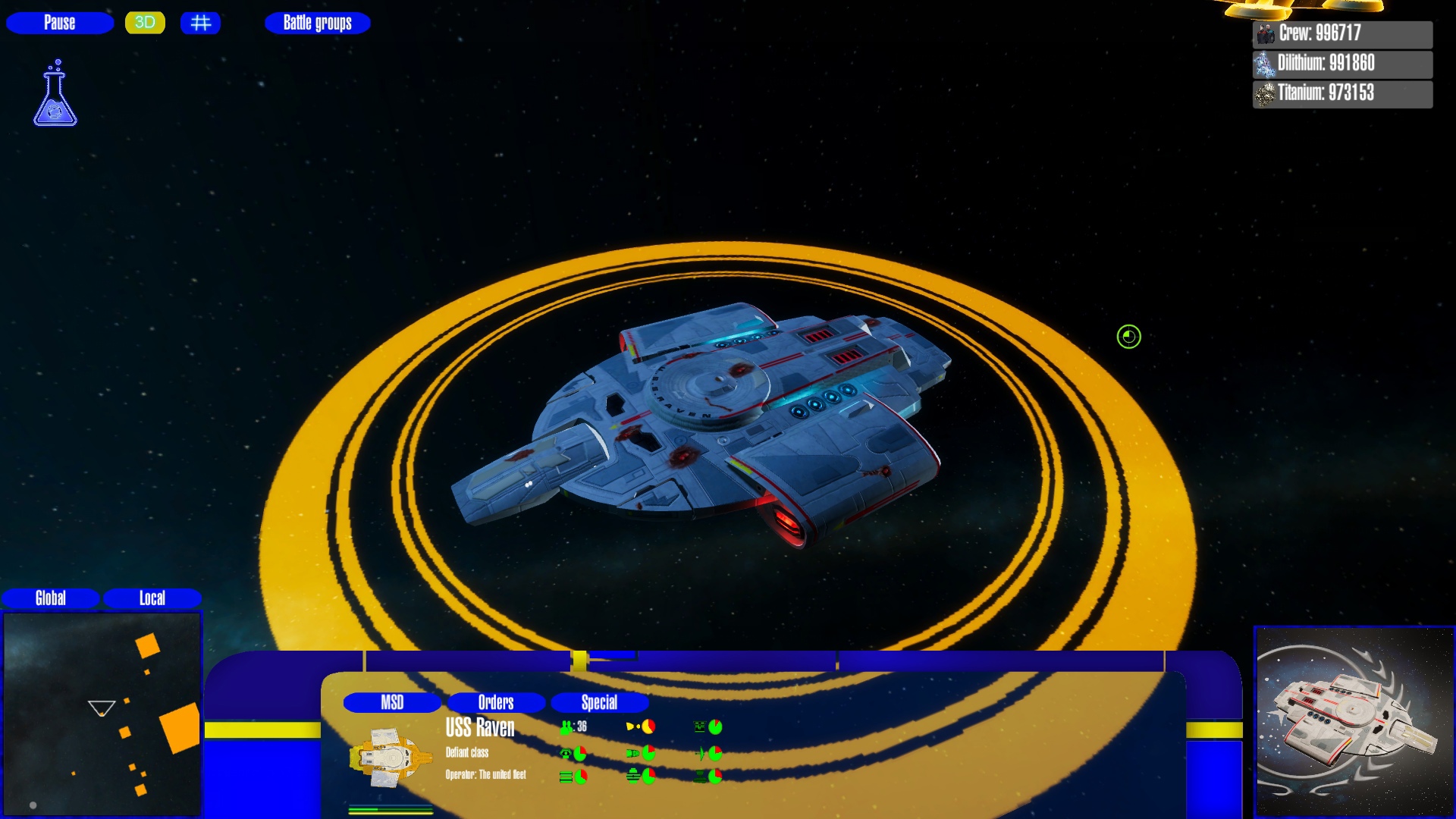 The player can upgrade the starbase twice. So far, upgrades have not effects.

The player can start a research, which is also just a test and has no effect. To do the research, you need to build a research station, select in the research menu the station and after that research itself. Then it will be possible to start it.

In addition, the player has four starships’ abilities to test: antimatter mines for Defiant-class, a phaser bunch for Saber-class, warp trail scanning for Nova-class, and tractor beam for all starships. 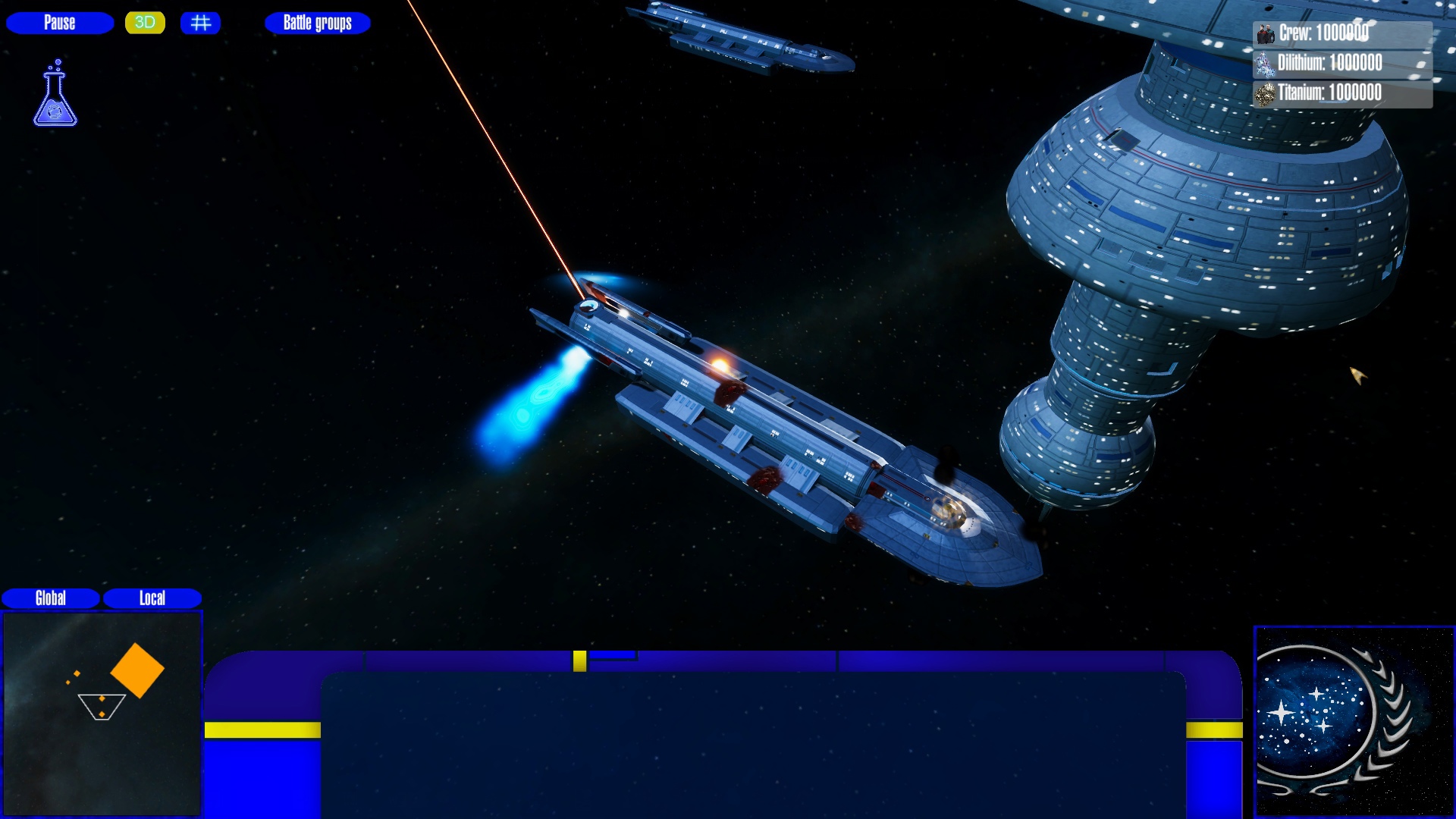 As to completely new mechanics that our players have not seen before we would like to demonstrate the global minimap, which is very different from the old version, that could be seen in previous test demos. The new global minimap can be scaled with the mouse wheel and moved by moving the cursor to the edge of the screen. 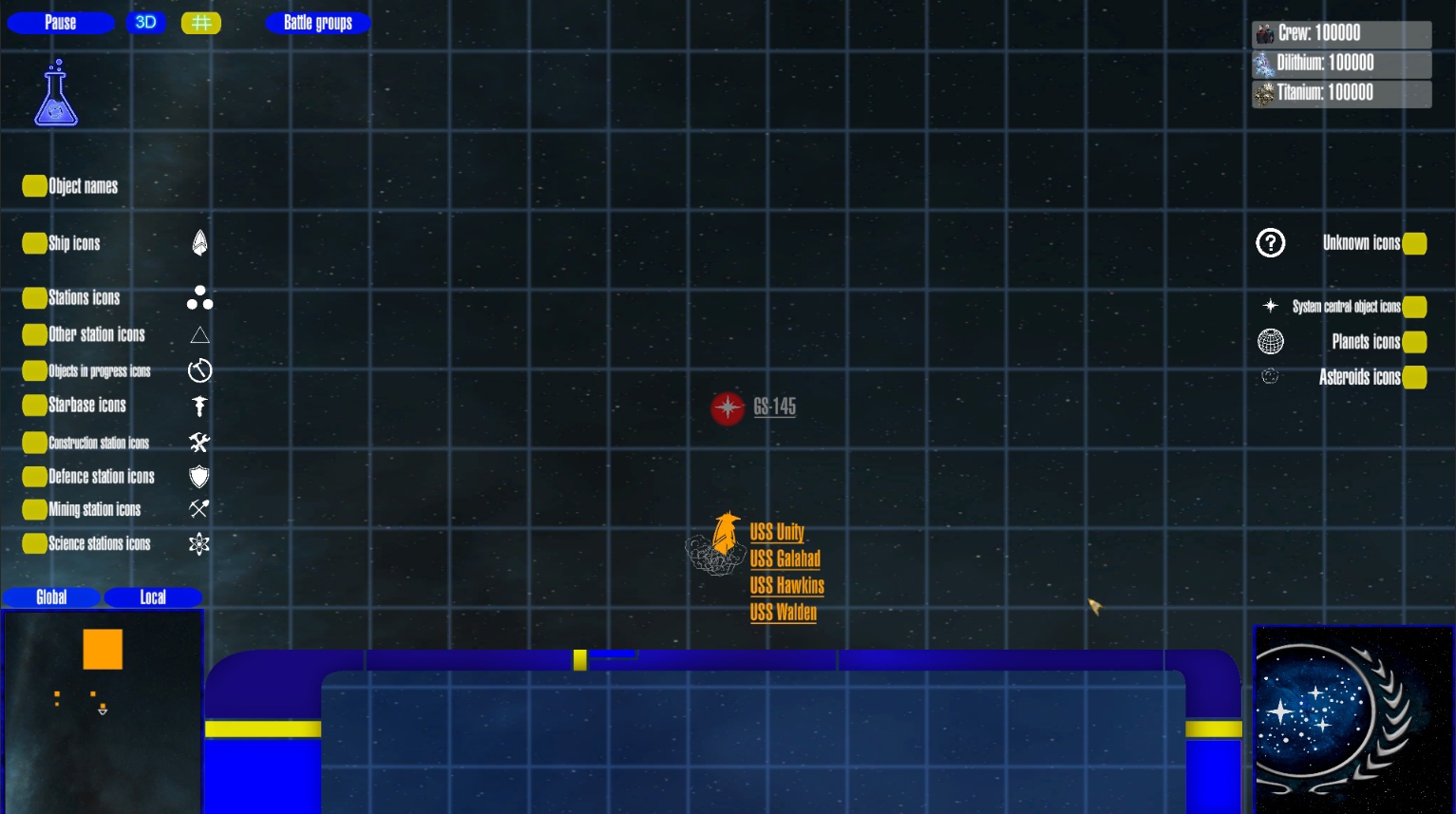 On the opposite side of the map, there is a hostile base consisting of one starbase, two builders, and a Sovereign-class starship. They do not have AI, so they will not build something or fly around the map, but they will allow the player test the firepower of his ships. If you do not want to fly to another part of the map, the ‘orders’ menu will allow you to attack any target, including your own ships. Key 'A' on the keyboard is responsible for the same order.

Thanks again for being with us. Live long and prosper!
Capt. Bagdasarov Arsen
U.S.S.SOVEREIGN- NCC-73811
u.s.s.sovereign@inbox.ru
Top

Excellent, congratulations on your 6th birthday

Nice to see a new demo! I've downloaded and hope to try it out soon. Great work, it's not easy to continue this kind of stuff, well done!
Top

Nice to see a new demo! I've downloaded and hope to try it out soon. Great work, it's not easy to continue this kind of stuff, well done!

Thank you very much! We believe, we will be able to finish such a task, so wish a good luck to our team.
Capt. Bagdasarov Arsen
U.S.S.SOVEREIGN- NCC-73811
u.s.s.sovereign@inbox.ru
Top
Post Reply
20 posts